Yup. He is here. In China. WITH ME!! Can a girl be any happier than this? We spent 2 days running around Beijing, freezing, laughing a lot, smiling a lot , and enjoying each other... a lot. 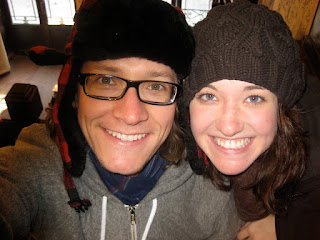 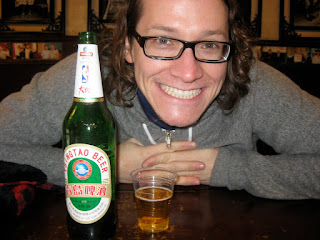 I have been telling Marshall about the beer in China for the past 4 months. He was pretty excited to drink some. It cost about $0.28.... he loves it here.
After a goods night sleep in the hostel it was time to hit the town... 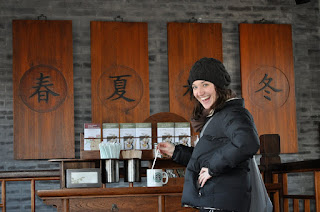 First things first. We needed Starbucks. We were in Beijing. I needed America and Marshall needed coffee. 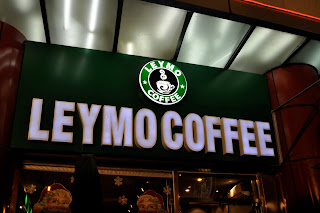 We found "Ley Mo Coffee". Compared to the 'bucks, they really are LeyMo
Of course we had to hit up the tourist locations while in Beijing. 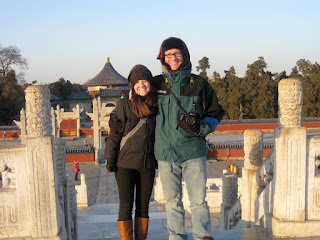 We visited the Temple of Heaven.. 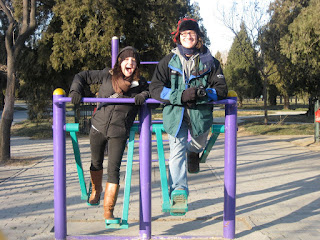 While there, Marshall was introduced to the "Old People exercise Parks" in China. They are everywhere. Tons of work out equipment with old people everywhere. It was about 2 degrees and old people were dominated everything. 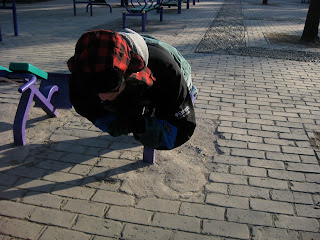 Marshall is obsessed.
I know Marshall flew across the world to be with me and eat real Chinese food... 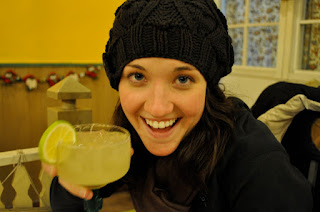 but we were in Beijing, and they have Mexican. And Heidi needs enchiladas. He will have plenty of chances to eat Chinese food. He can sacrifice one Chinese meal for me...
The next day was full of more walking, and freezing, and self-timered pictures! 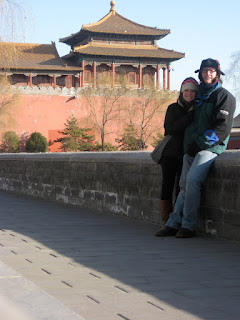 Self-timered picture at the Forbidden City. I need to learn to say in Chinese, "Will you take our picture, and you have to hold down on the button, oh and and make sure to take a few just in case I blinked or I look fat?" 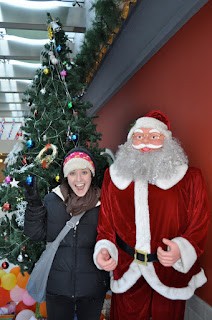 We found Santa! "I know him. I know him" I didn't know Santa visited China.
When we got to Tiananmen Square Marshall was a celebrity. 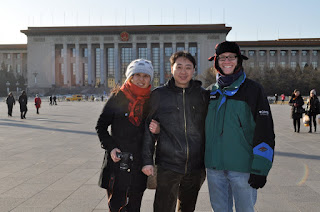 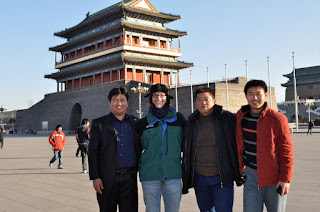 Everyone wanted their picture with him. Why wouldn't they? He is so cute!
I love China. But I really love China with him here. 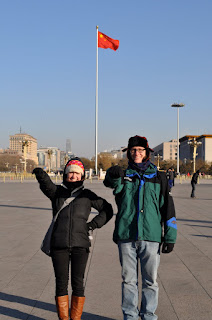 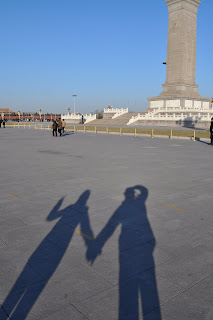 This is going to be ZZZzzzZZZ best 2 weeks!
kisses
Posted by Heidi at 9:36 AM

Is Marshall's Beer in a clear solo cup? It looks like it! I am going to love China!!!

Now I know we don't actually know each other, but with the invention of the internet and our dear friend Kara Blain, I feel like I do.

You and your bf are ADORABLE.

I hope you have a fabulous time together. And keep on enjoying the country we both know and love.