Marshall and I both flew to Oklahoma on Thursday to meet the new little man. They weren't landing until 10 pm so we got to hang out with Jett all day! 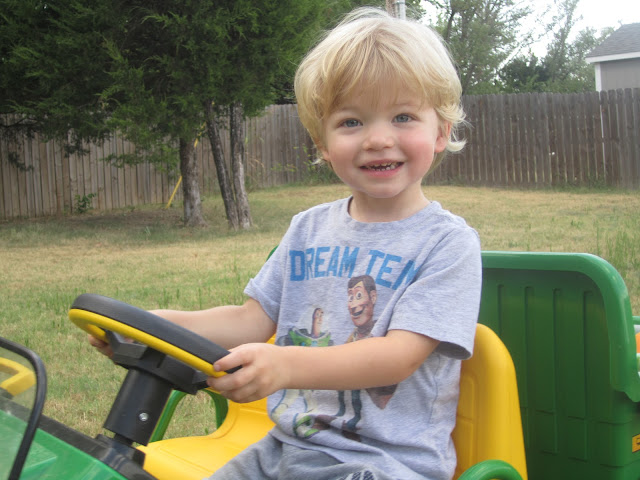 He looks happy in this picture, but he was actually sick and really missing his parents.
Poor guy.


But finally the time came for us to head to the city (Oklahoma City for all you none Oklahomans) and welcome Aaron, Teri, and Pryce home!

I honestly didn't take many pictures of the arrival. I was overcome with excitement.
But, my amazing incredible wedding photographer, turned real life friend Amanda Watson wanted to come and be there. 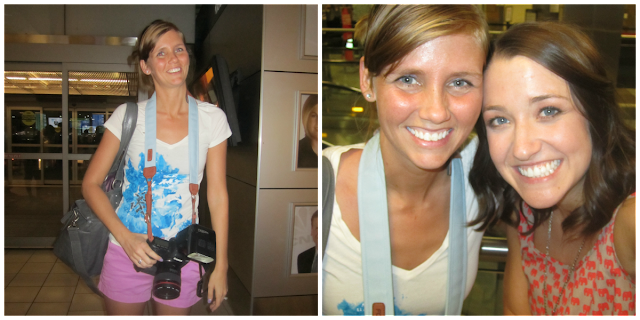 I let her snap away. Thanks again, Amanda! It meant so much that you were capturing everything!
Shout out: If you need a photographer, She is the best.

We all waited in anticipation.
Savannah and Paula Jackson made signs. 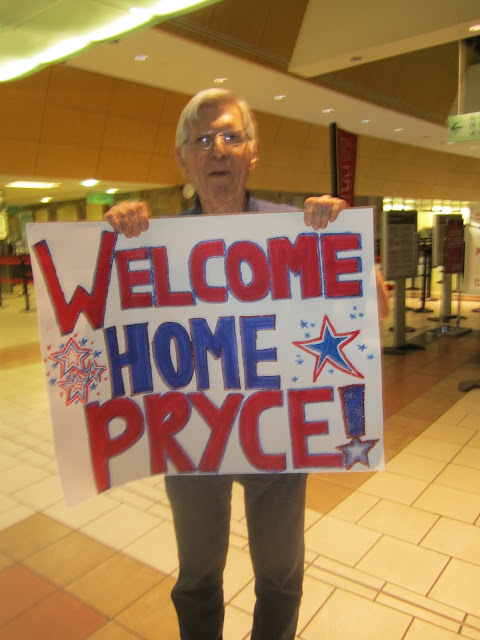 Jett was exhausted. It was way past his bedtime and he wanted his mama.


And then finally, they were here!
Jett went running to them, tears started flowing from all over, and Pryce didn't know what to do! 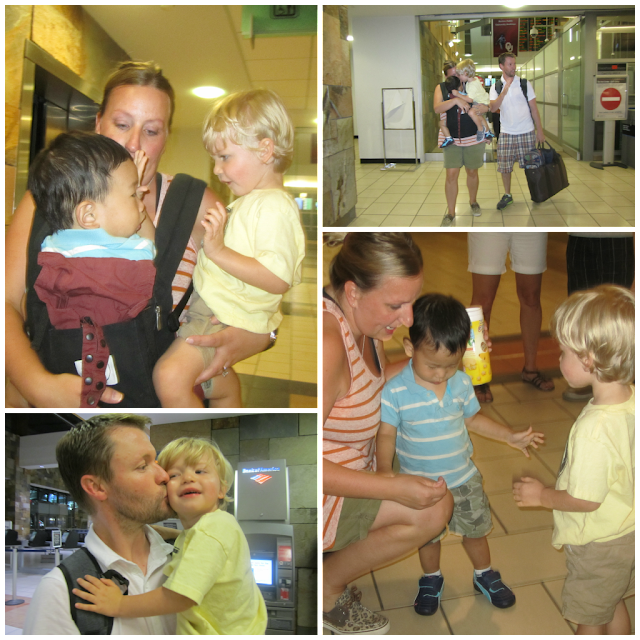 Jett immediately started hugging Pryce, touching his head, kissing him, and Pryce unsure of what was going on and why his mama was holding another kid, was not into it.

Teri had told me when we skyped them in Korea, "Pryce loves Puffs, if you give him some he will be your best friend". Obviously, I want us to BFFs so I brought banana flavored buffs with me. I busted those things out and it was a game changer. 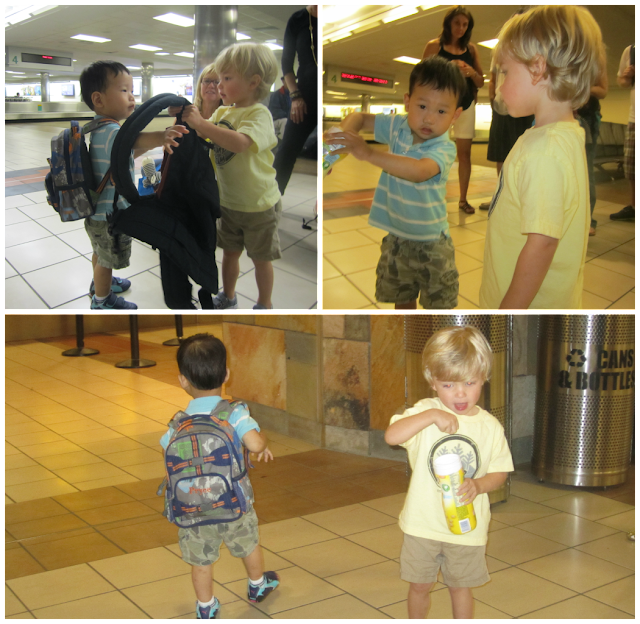 They were instantly bonded over the puffs. They were sharing and laughing, they were feeding each other, they were happy.
And I was happy, because one day I'll remind them about the puffs and who they came from... 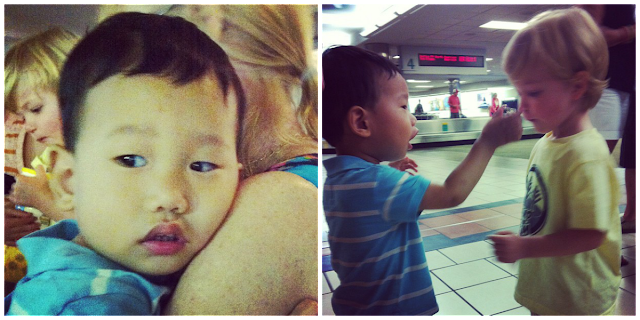 It was the start of the Jett and Pryce duo.

Pryce is having a lot of firsts here.
One of which, is a car seat. He screamed, and cried, and did not like it. 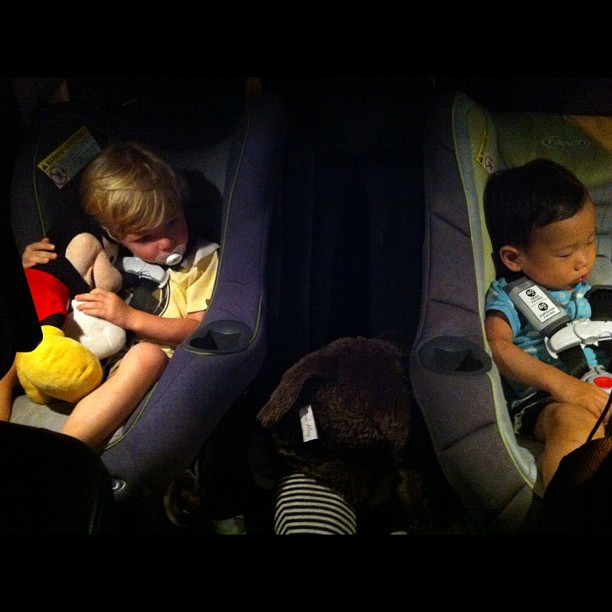 But Jett being a good big brother showed him how to do it.

And his parents said he was asleep in no time.

Welcome Home Pryce! We have been waiting for you for too long!

Your g-pa with that sign just about brought me to tears! What an amazing day for your whole family!

I'm with Hannah, that photo is so sweet. "Aunt Heidi is the best!" And know you will probably need to have puffs with you at all times now.