noodles and a blue polo.


I was pumped about getting to hang out with Pryce and Jett and watch them get to know each other. And hopefully have Pryce get to know and remember me for the next time I'm home.

Everyone was exhausted from traveling and trying to adjust so we spent some time before nap time and before bedtime hanging out.

And warning, there are going to be an overload of cuteness the next few posts. But family and friends need them! 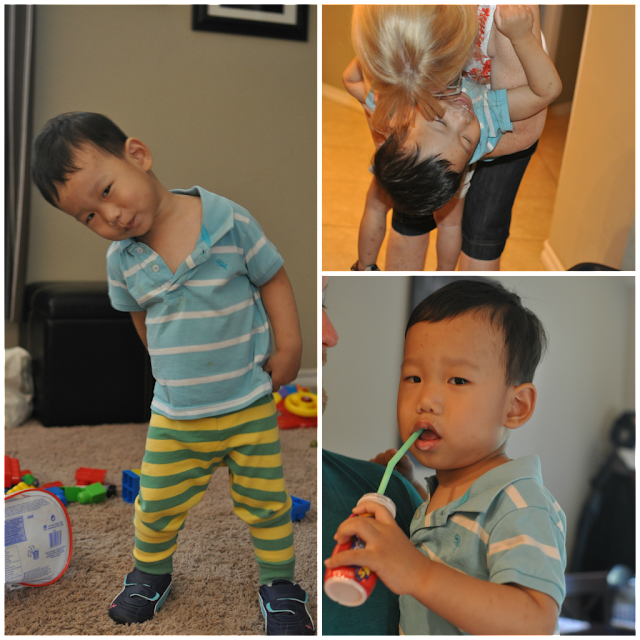 Pryce didn't want to change his clothes so he spent his first few days in America in this polo. I personally love his striped PJ and polo look.

Being the awesome Asian babe that he is, he loves rice and noodles. And watching him eat noodles was pretty entertaining. 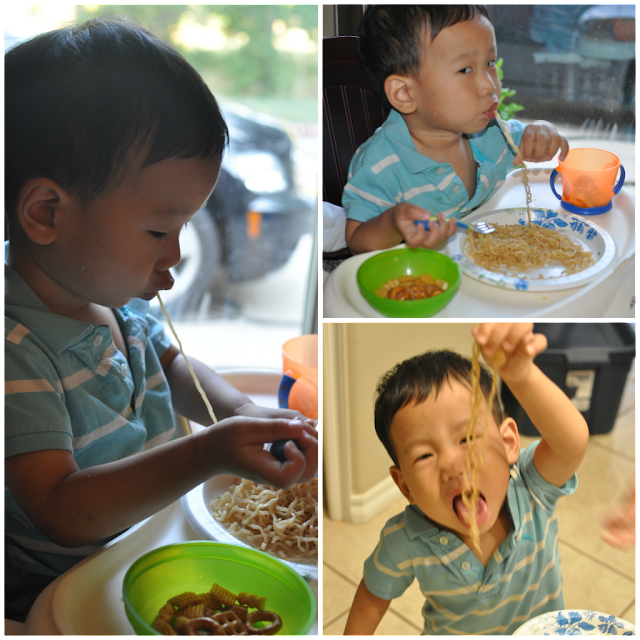 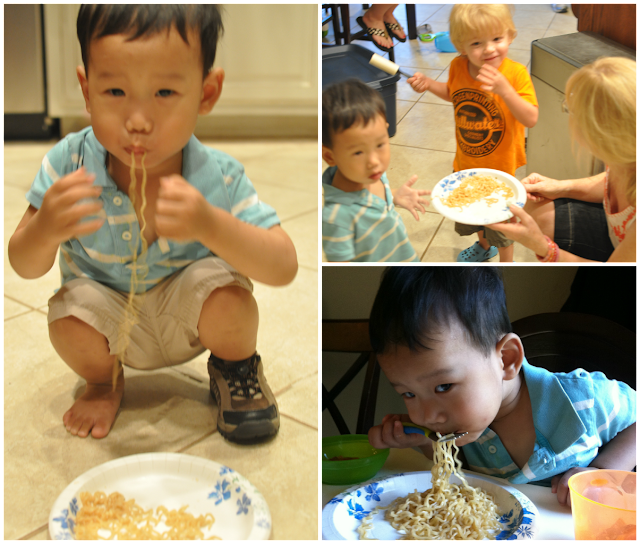 He doesn't chew them. Just sips them up like a drink and down they go.


Jett wanted to eat noodles too.

So Pryce showed him how it's done.
Jett's method is pretty awesome too. And watching them eat noodles next to each other was precious.

He already loves his Mia. 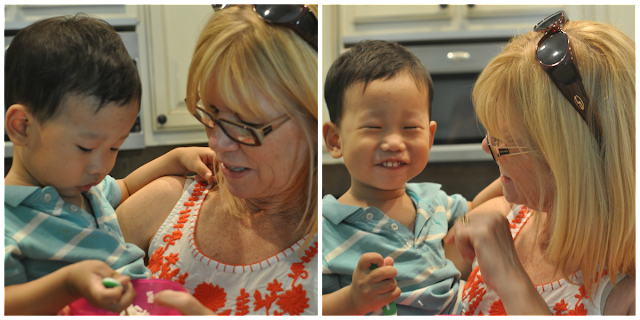 She was also holding his rice bowl, so he really loved her!

Uncle Marshall was a kid favorite.
Jetters was putting eye drops in his eyes.... how fitting. 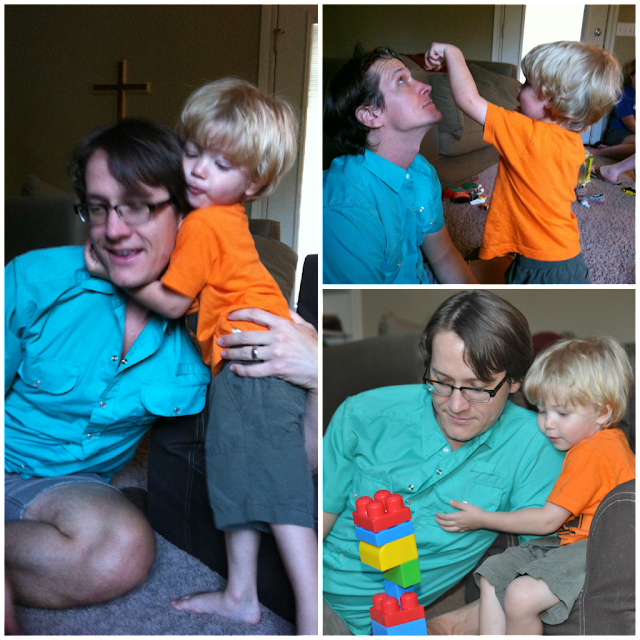 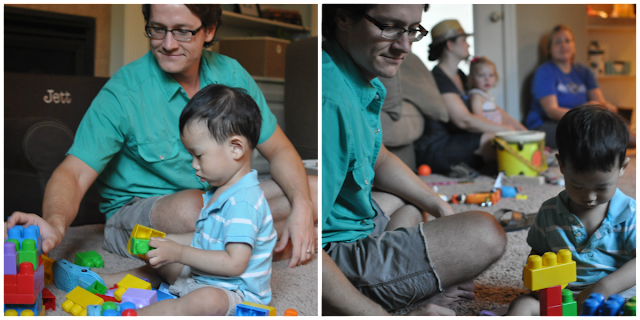 He would build the blocks and then they would come and knock them all down.
Oh kids, it's so fun to destroy things!


But probably the best part was watching Jett love Pryce. And watching Pryce push Jett away with his little squeal cries.
Jett loves his little brother. He would go up to him, pat him on the head and back, hug him, give him a kiss and say "I wuv you Pryce", and Pryce would just sit there with this confused look on his face and then push him away.
So sad. But so cute. 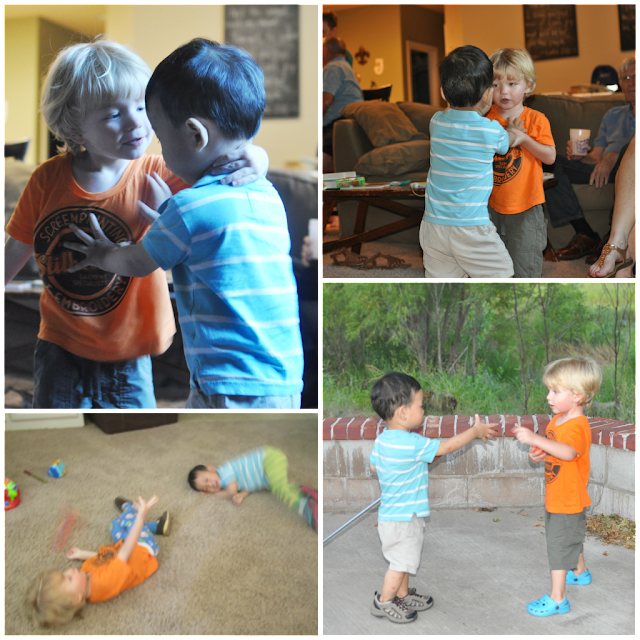 But they love to play together. Pryce follows him around and does whatever Jett does.
The Jett and Pryce Duo is coming together. 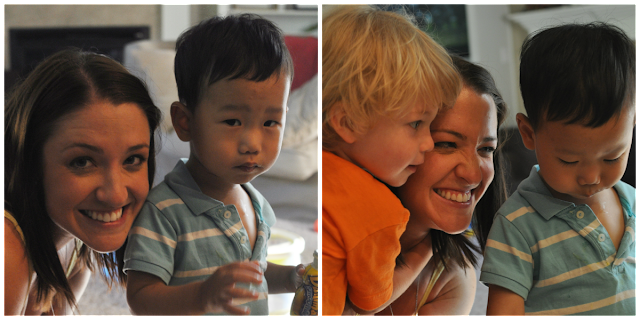 So blessed that I got to be home for the first few days.

Keep the pictures coming! I just wish I could squeeze his little cheeks (then he would cry, but I would love it:)

so glad that he is home now...Thanks for sharing all the pictures...looks like he fits his family right in...