this place just keeps getting weirder.

For some reason 21 Americans from Troy, Alabama (hey cousins!) were coming to our school today. Robin asked Kylie and Kevin to perform a song for the Americans. We all thought it was going to be low key, just hanging out.
Rule # 1 we forgot. Never expect anything in China.
First, Robin took us to Golden Hans, Kevin's favorite place. I ate before I went. That place gives me the shivers. They serve you food like this. 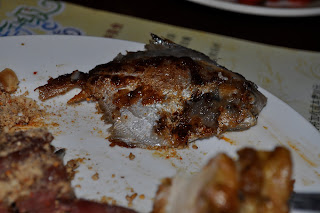 30 different meats this time.
But what is good about this place. Is they have beer like this. 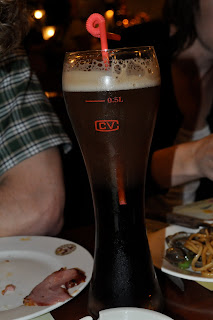 With a straw. (Cathy, you would love it) It was beer and coke. The newest addition to the Golden Hans beer family. 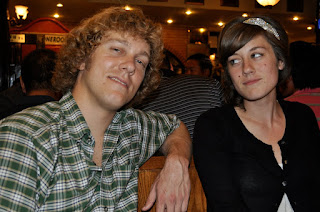 Ky and Kev prepared for their duet. 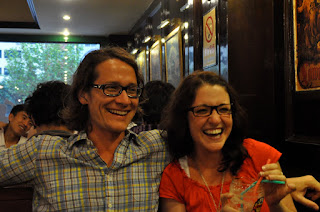 And we. Well we just laughed. 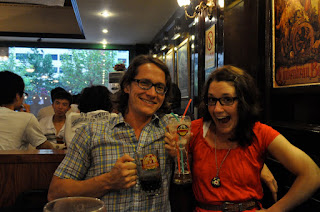 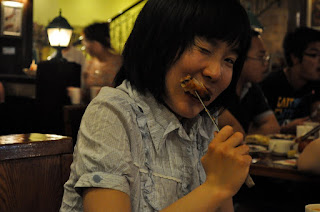 Especially at Cool eating with a knife.
We had to get going because it was almost performance time.
As mentioned, we had no idea what this was all about. 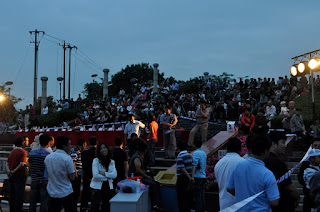 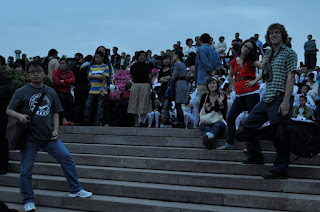 But apparently it was a big deal. It was in the middle of a park downtown. How much more big deal can you get? 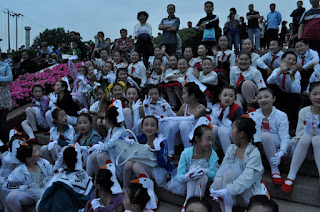 There were costumes, and precious kids dressed up as geese. 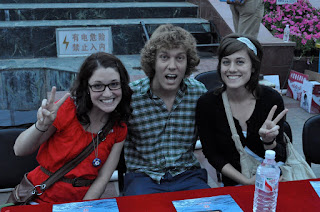 And they ushered us to the front row where tables and chairs were set up.
Don't worry, the party leaders were sitting a few rows back from us.
At this point, I think Kylie and Kevin were wishing they would have practiced a little bit more, or at least worn matching outfits.
But no worries, the 600 people staring at you can't speak English. So it doesn't matter.
The show started. 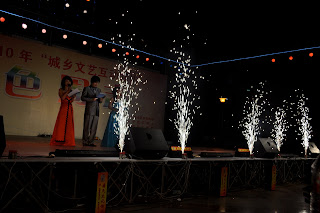 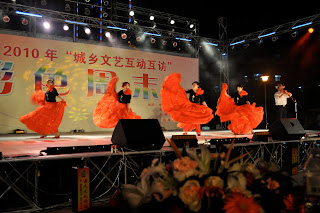 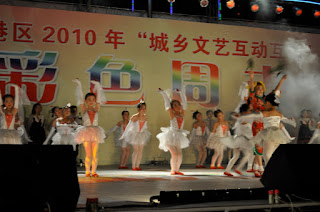 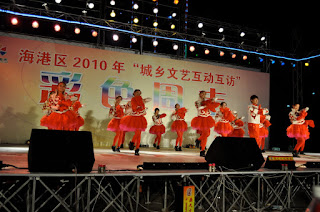 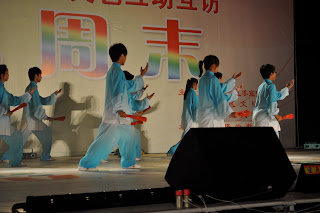 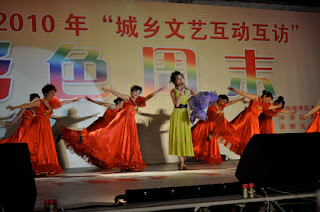 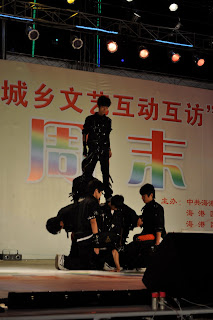 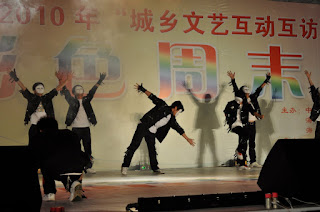 And it was ridiculous.
And then it was time. 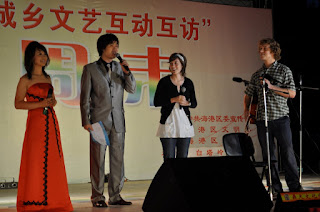 I was about to pee my pants for them. 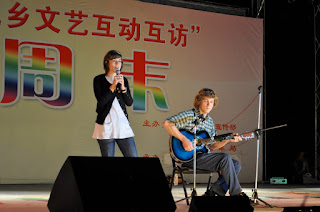 Even though they had mic troubles, and the Chinese peeps cut them off short. They rocked that park... I was so proud. 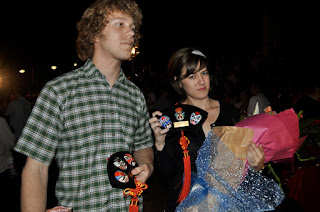 And the crowd loved them. They got flowers and gifts.
Lesson learned tonight. If Robin asks you to perform a song for someone, anyone... say NO! Unless you enjoy standing on a a giant stage with lights, fire, smoke, fireworks, the whole shebang, staring at 600 Chinese faces in the middle of a park. If you do like that. Then say yes.
Thank you China for the unexpected randomness to add to my memories.
kisses.
Posted by Heidi at 10:46 AM

I can't believe kylie didn't reenact this event for us!
she didn't even mention it. ahhh!

we missed so much good stuff!

1. I do love beer. And straws. Adding it to the list of things we are doing when you get home. You realize by now that there is an actual list, right?

2. I really love Kylie's headband. Please tell her I think it is awesome.

3. I read from Kara's previous post that you went out of town over the weekend. Where did you go!!! I need to know these things. STAT.