Marshall, his friend Phil who he works with, and I decided to go for an early Saturday morning hike up South Mountain. The weather forecast was 90 degrees. So the earlier the better.
But let's be real. It's a Saturday, we didn't get out there until after 8:30 am.

We grabbed our water and headed to the mountain. 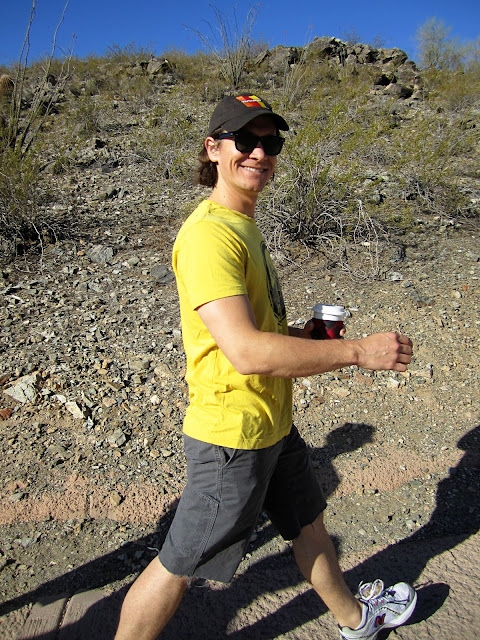 Well Marshall had his coffee...
That's just how he rolls. 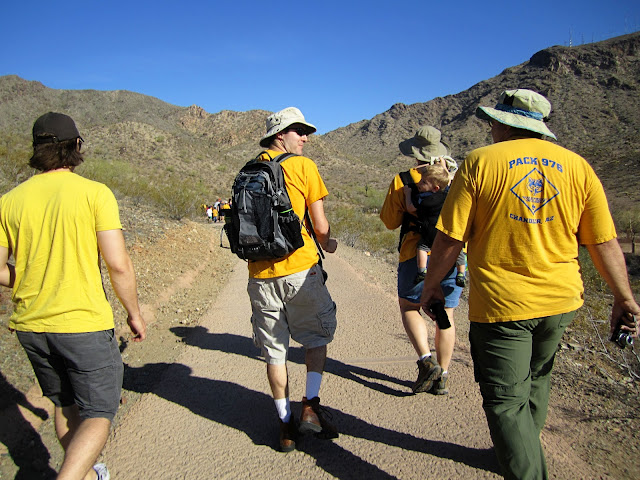 He also rolls with other people who wear yellow shirts on hikes. 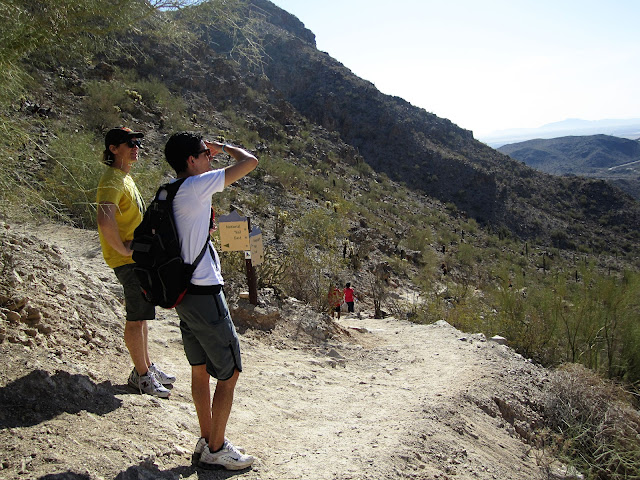 That's Phil and Marshall checking out the view. 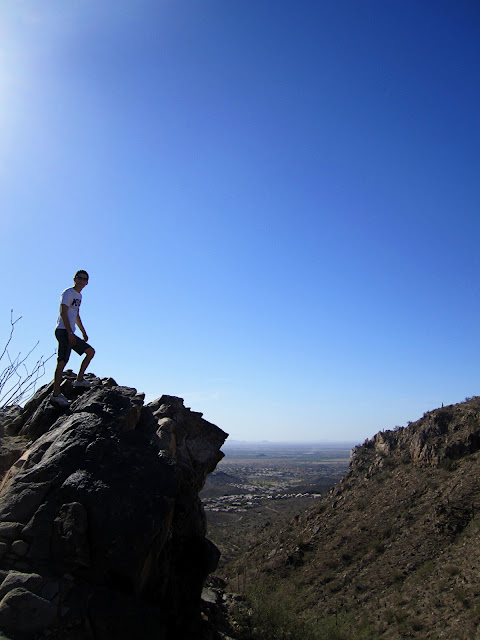 Once we got to one part of the hike we had an option to go either way. We took the route that was a mystery. 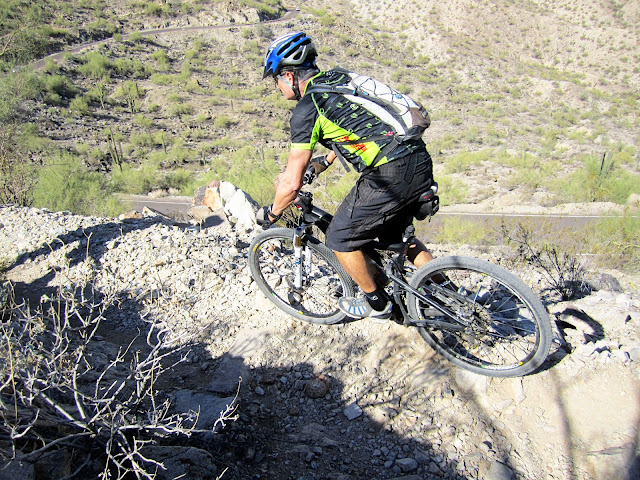 There were crazy mountain bikers on this trail.

It also just kept going and going.
We were trying to get to the top where the antennas are. 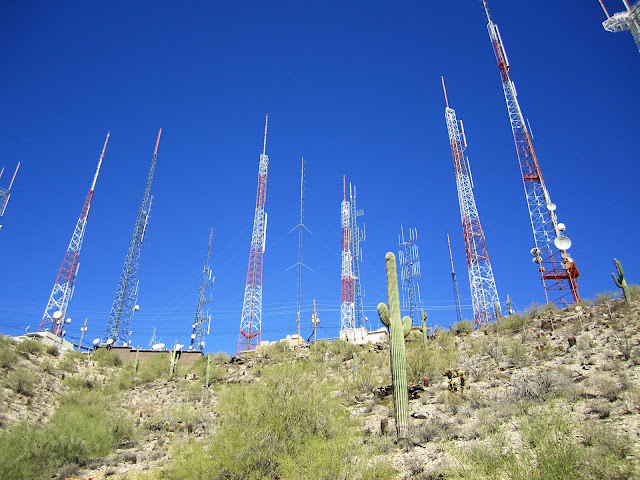 We later found out the only way to the top top was by road. 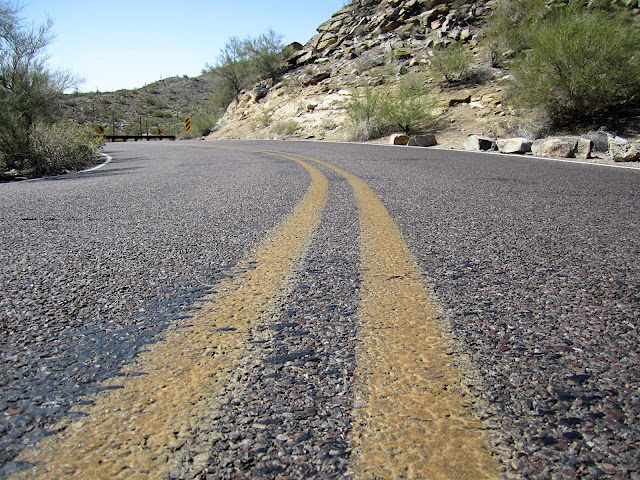 When the trail finally reached the road it was such a victorious moment. 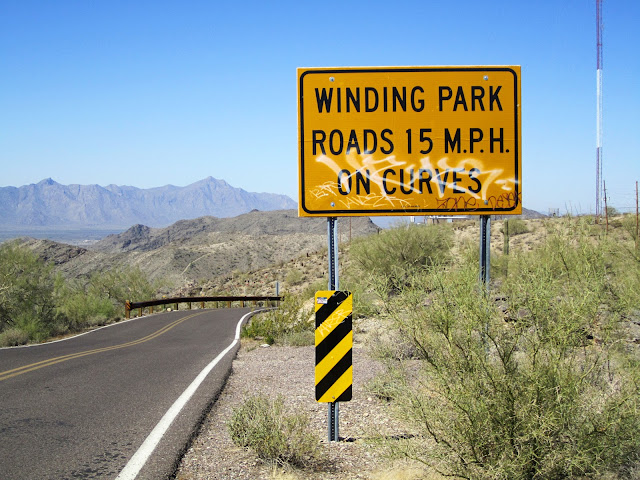 But then we had to walk up the road. 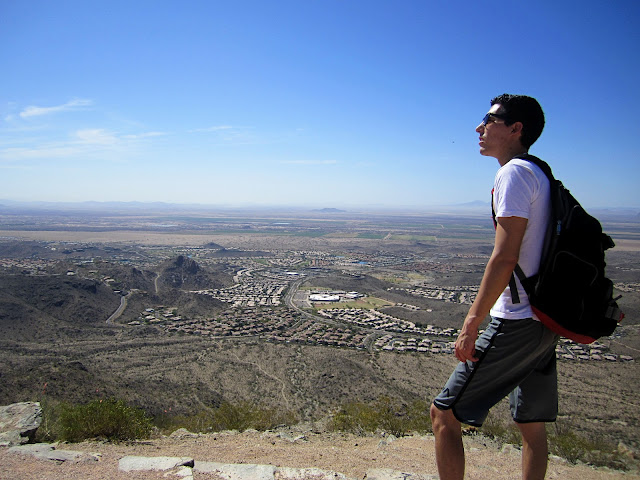 But when we made it to the top it was pretty cool.
We could basically see to Mexico. 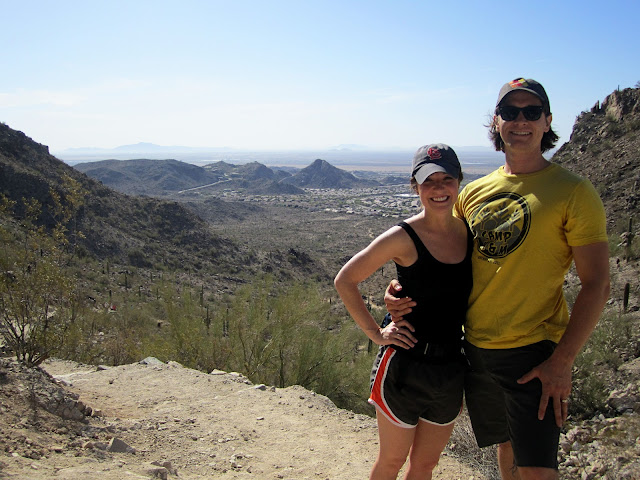 The day in the desert was fun.

The sunburn that I have on my legs is not fun.
Lesson learned. Bring the sunscreen WITH you.

You said you weren't outdoorsy, but I don't believe it for one second. You will fit right in in CO!

holy crap - i'm still stuck on the mountain biker - that's insane! what a fun saturday!! i've never been hiking but its on my to-do list for sure!

Ashley- You've never been hiking!!? That's craz. Just bring water, and sunscreen, and a granola bar. And a fanny pack.

Can't get over how beautiful that hike was! Sorry about the sunburn.. :/