Marshall had the day off on Friday so we decided to head over to Golden, Colorado (about 30 minutes away) and check out the Coors brewery since we have never been! 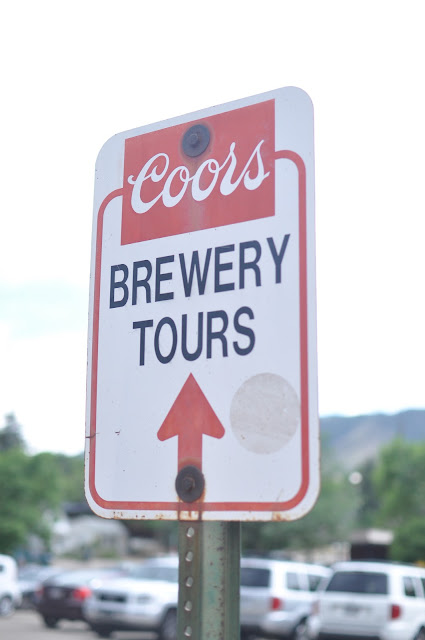 We waited in line for about 40 minutes until they loaded us on a bus and drove us to the building. 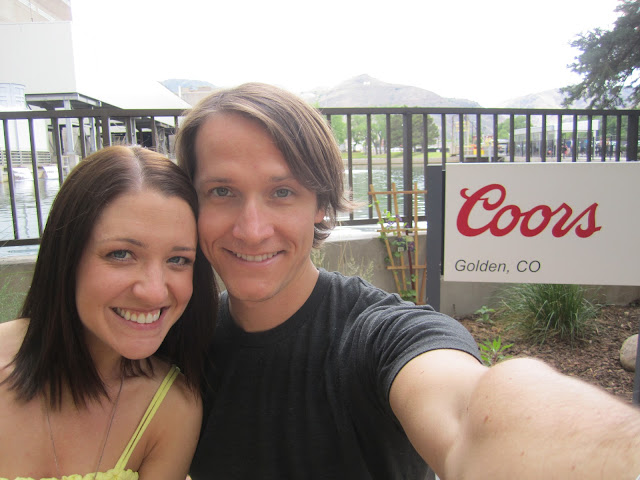 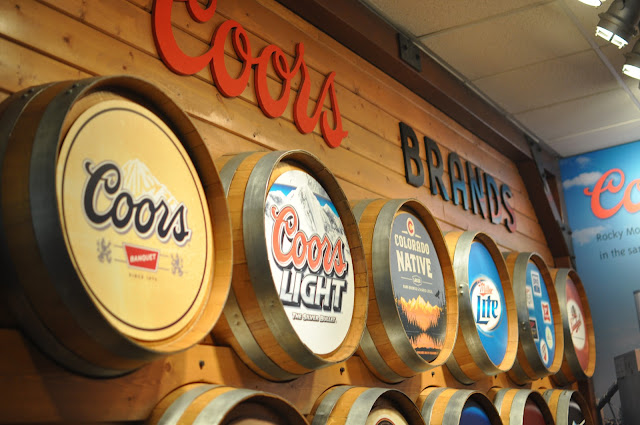 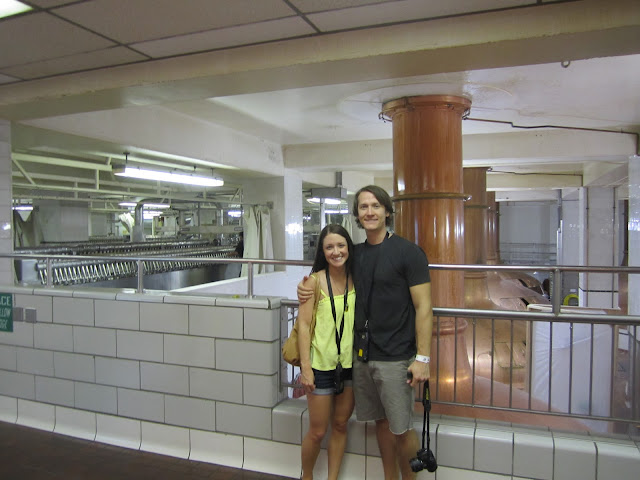 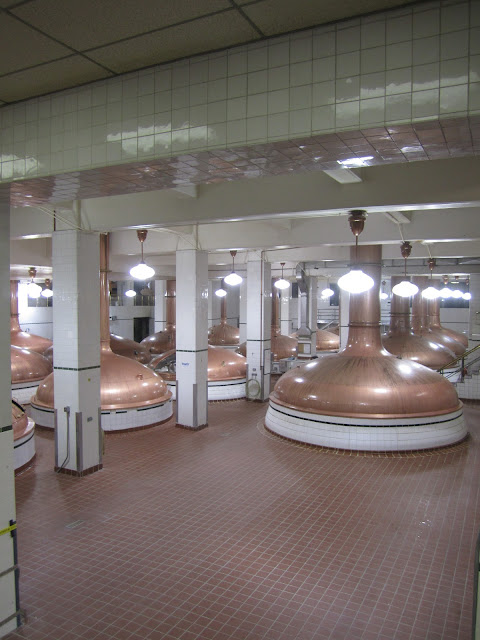 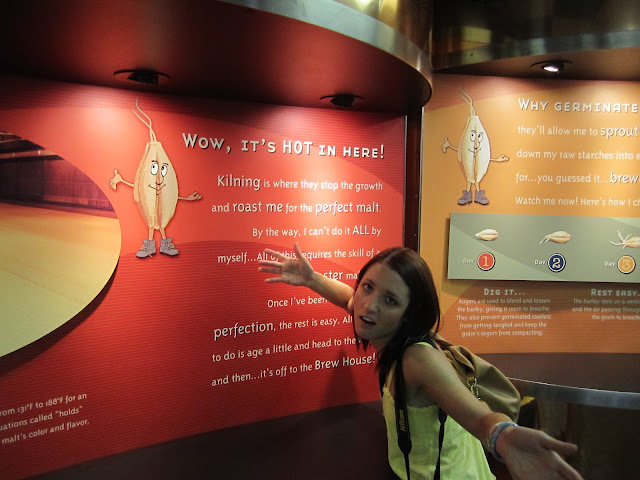 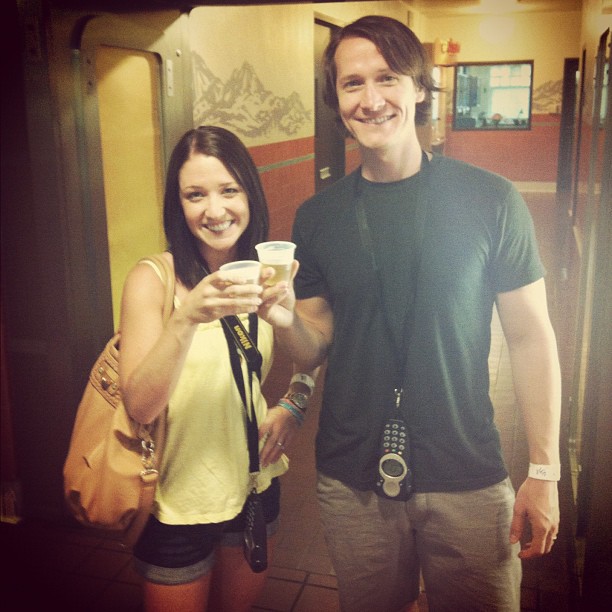 They give you a sample halfway through and then 3 big glasses at the end! And not just of their nasty Coors Light, but of their good other brands! 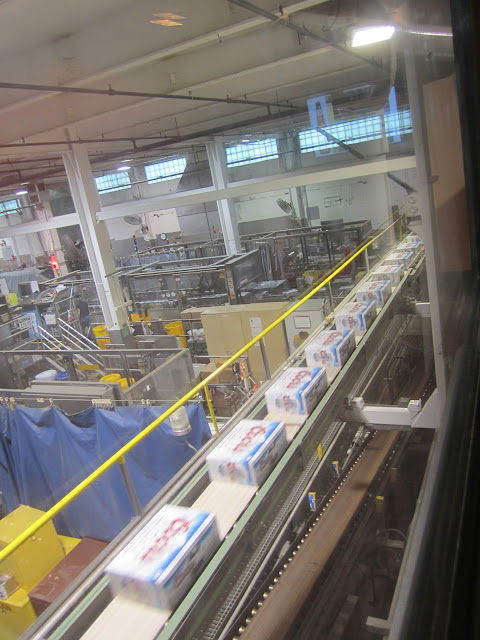 At the beginning of the tour they take your picture with a green screen like on a cruise ship. 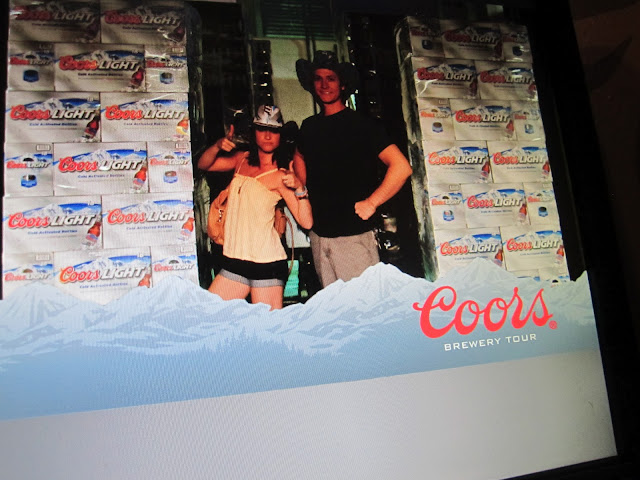 Of course we aren't going to buy a $20 4x6 so I snuck a screen shot pic.
They were watching so it was the best I could do.

After we drank free Coors we wanted to go alpine sliding. We have both gone a ton before, but not together, and things are just more fun together. There just happened to be one in Golden.
It also looked like it was at an amusement park that you go to to die. 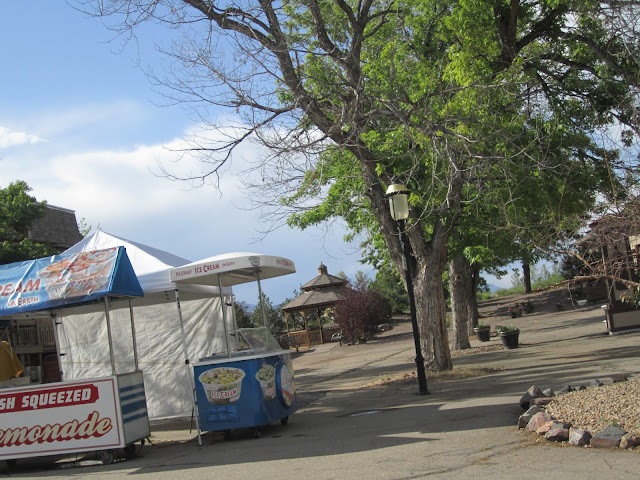 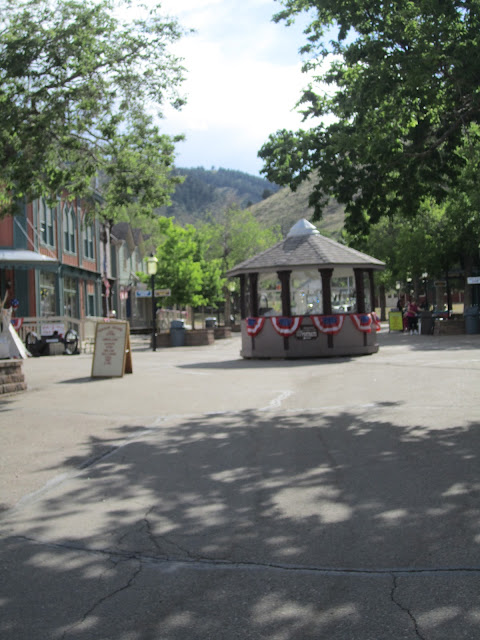 It was soo run down, and maybe 4 carnival rides were working, also maybe 4 people were there.
We felt like we were on an episode of Walking Dead and zombies were going to start walking down the fake village street and eat us.
That would have been a lot more exciting than what was going on here. 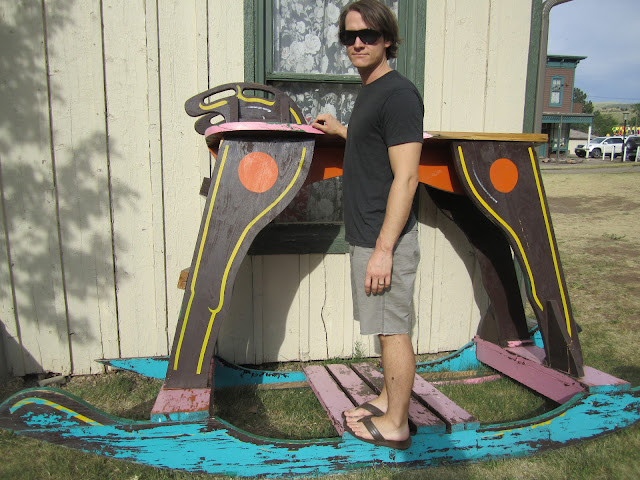 There was also a giant rocking horse without his head. 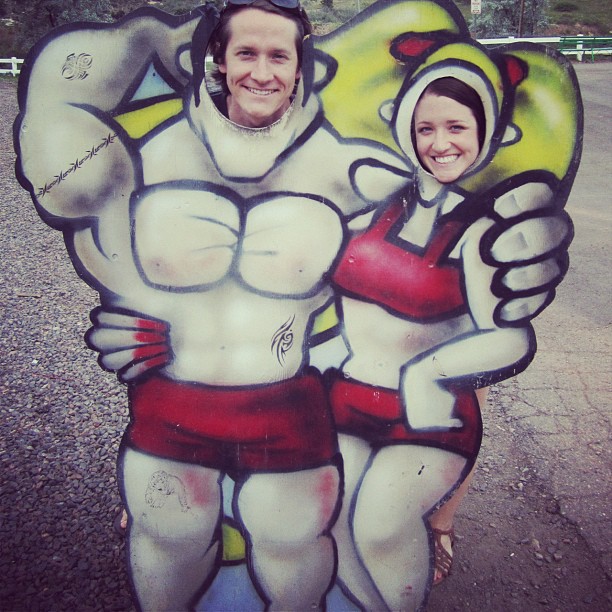 And an awesome cutout that accurately depicts our physical appearances.

But all that creepiness wasn't going to stop us from having fun. 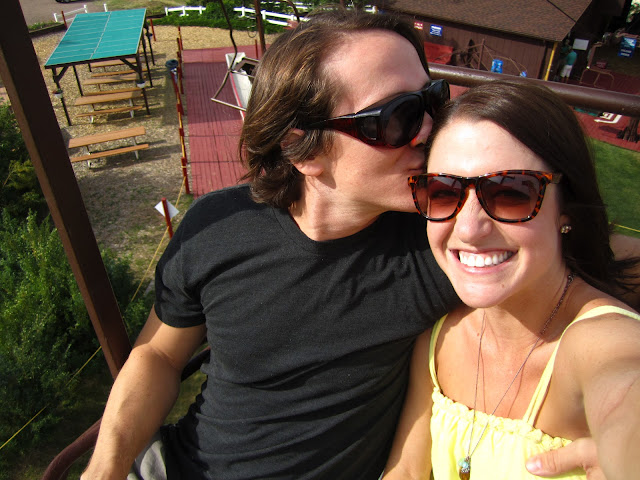 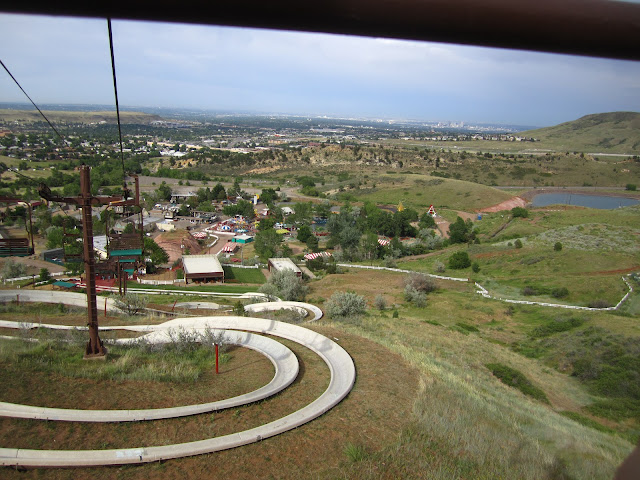 We rode the ski lift up to the top of the slide. 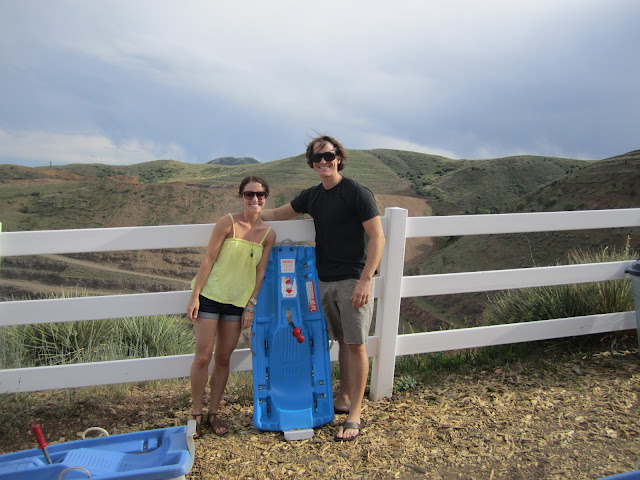 Stopped for some pics. 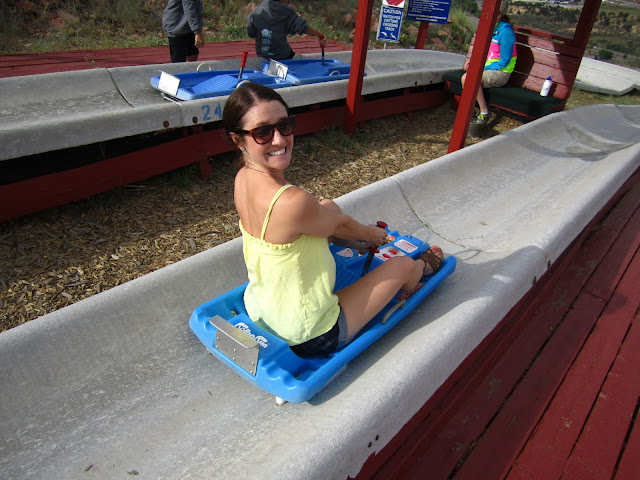 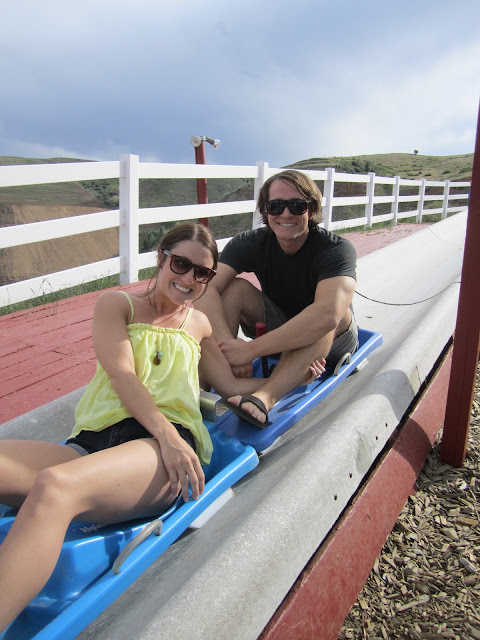 And in 2 minutes our ride was over. 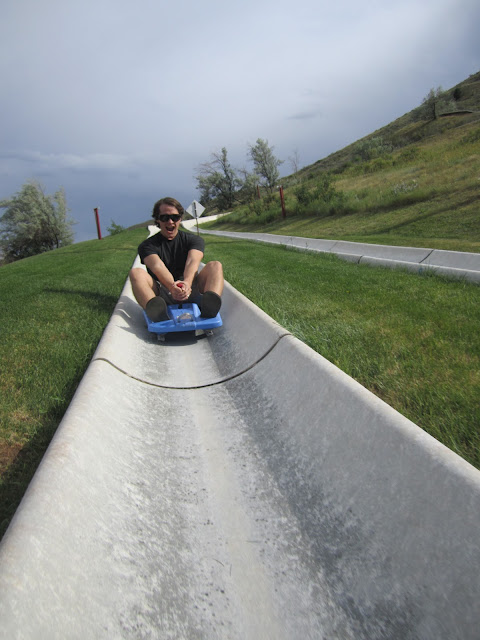 I would like to mention that I almost killed a bunny.
I was sliding and I thought that the bunny was going to jump over the slide, but it actually jumped under and I screamed and slammed on my break.
Had it jumped up instead of under, the ride experience could have been traumatizing.

I love days where I get to hang with Marshall and act like a bunch of little kids.
Kids that can drink adult beverages of course.

Such fun! And so true about the cutout! I DO have a bulldog tat on my thigh!

Okay so I randomly came across your blog from Ashley's where you said you were in Denver! I'm in Denver too. And then I got here and saw your picture wearing the Oklahoma State shirt and I went to Oklahoma State! How random right? Anyways.. I am following you now! I grew up in Colorado and have never seen the Coors plant but I have been to Golden and love it :)