Being a 3 day weekend for Marshall and I we wanted to do something fun. We were going to go on a quick cruise to the Bahamas for 2 days but then thought we should wait and go on one when we can go longer. Then we were going to go to the Keys with friends from work but that didn't end up working out. So we thought we would go to the beach BUT the weather has been in the 70's (that is chilly to these people) and it has be cloudy and rainy. Blah.
It's only Saturday so we still have 2 days of potential beach weather but today was out.

Instead we decided to use our awesome Miami library card to go to a museum fo freeeeee!
We ended up at the science museum and it was interesting...
There were lots of kids and lots of strange smells so that made it challenging... The museum was random. There were fish and birds. And science type things.... One of my favorite parts (which I don't have a picture of, only a video) was this giant dance floor. You had to jump up and down and dance really fast in order for the music to get louder. We were loving it, and pretty much the only adults dancing. They all just stared at us. 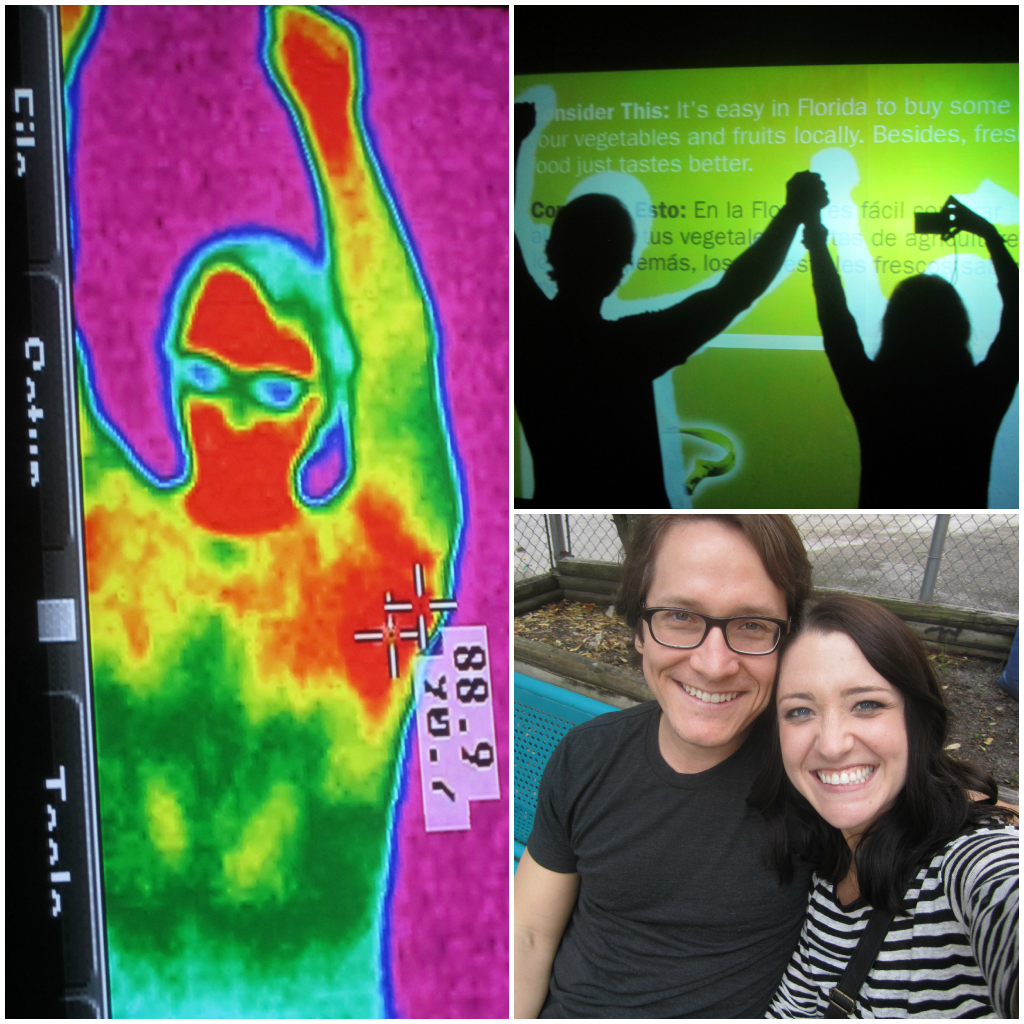 But after we danced we would go stand in front of this thing that showed us how hot we were. One time my hands were actually red. And it showed my bra/boobs. It was awesome. I'm a sweat machine.


Outside was really the best part. We watched an eagle eat a rabbit from the beginning. The fence didn't allow for any good pictures, it was disturbing, yet I couldn't turn away. They also had injured giant birds on leashes.... it was so weird. 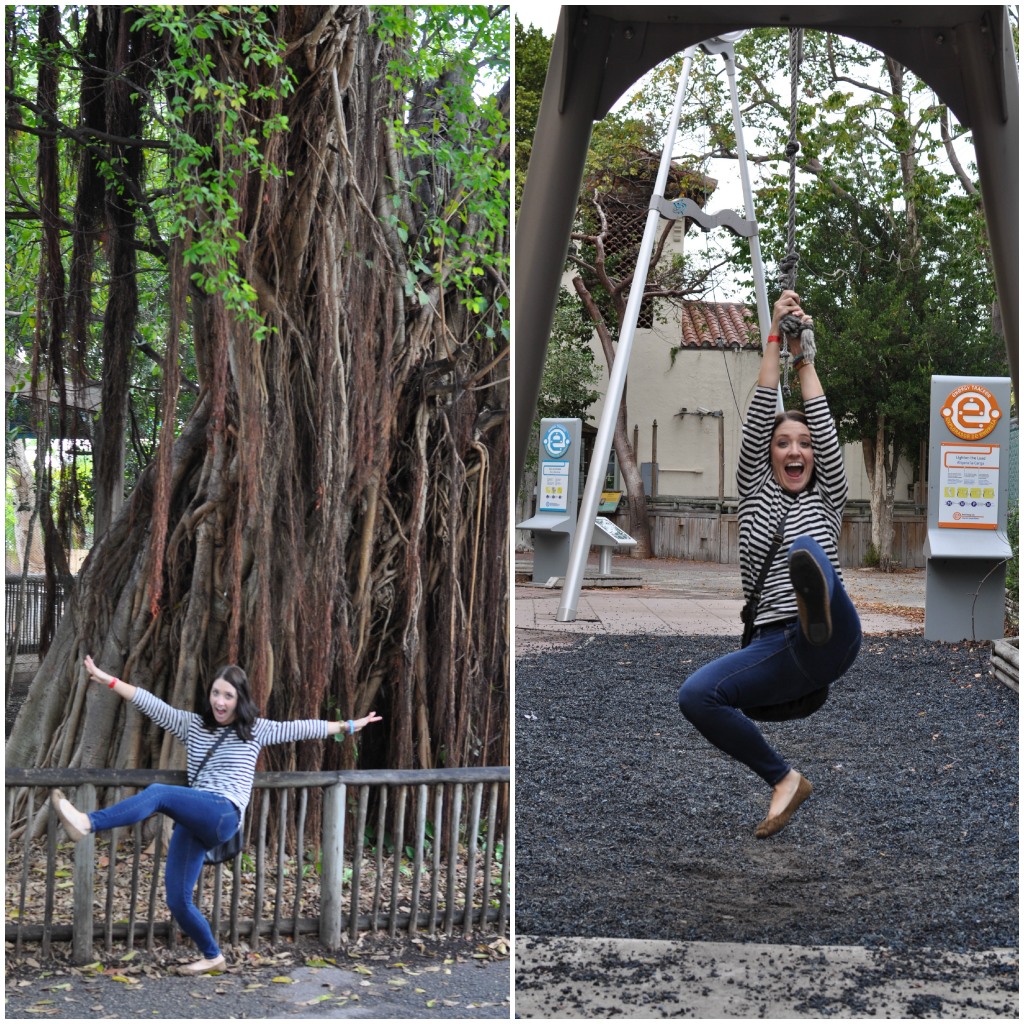 But the best part of it all was the human yo-yo.
You would hold on and pull down really hard and then it would shoot you up and down. It felt like were Peter Pan, flying through the air, holding on for dear life.
And now my arms are sore.  Thanks science, I needed that work out. 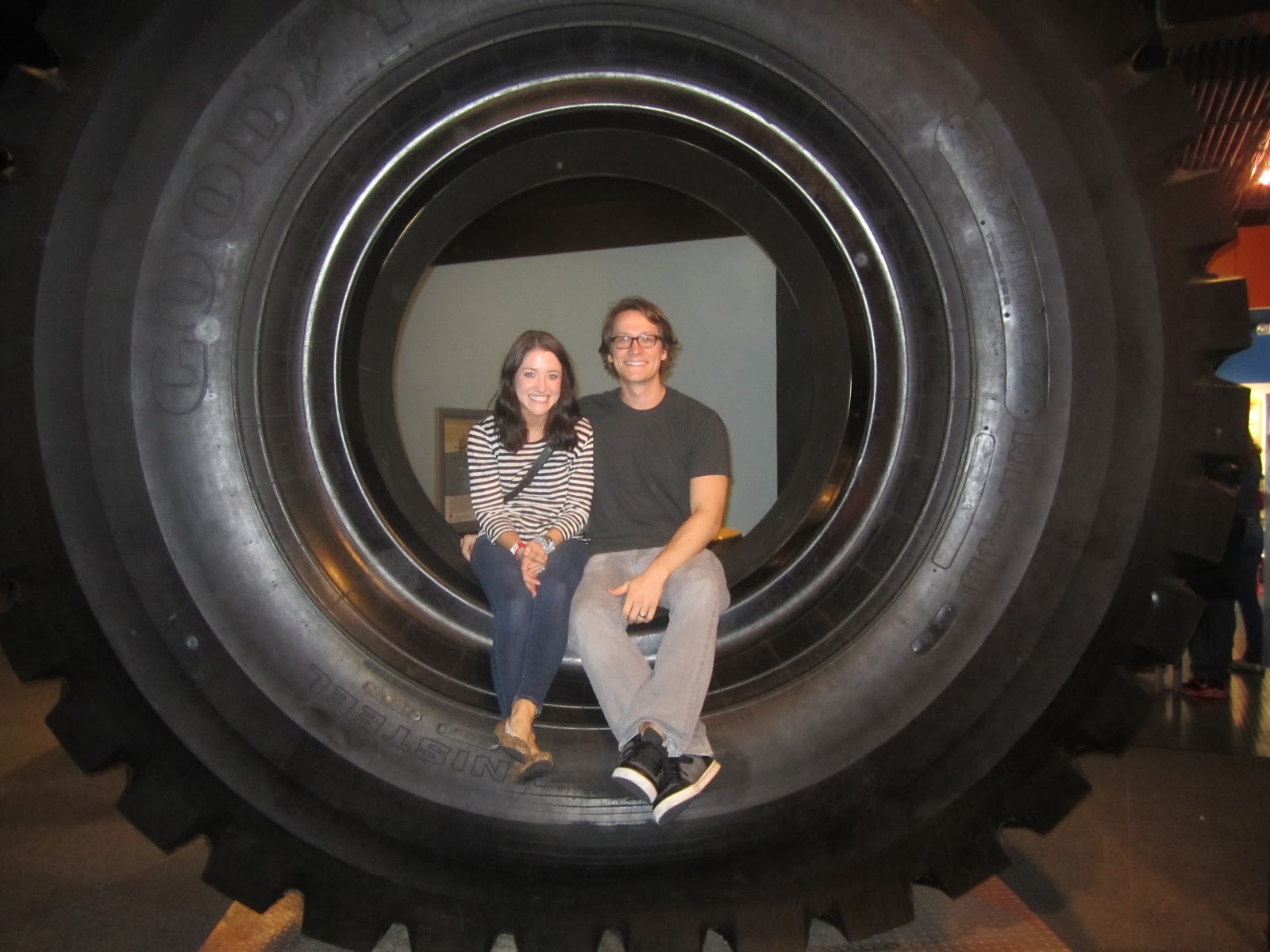 you two are really cute too! :) and I'd really like to see that video...