This weekend we went to a Chrismukkah party hosted by one of the other interns at Marshall's work. 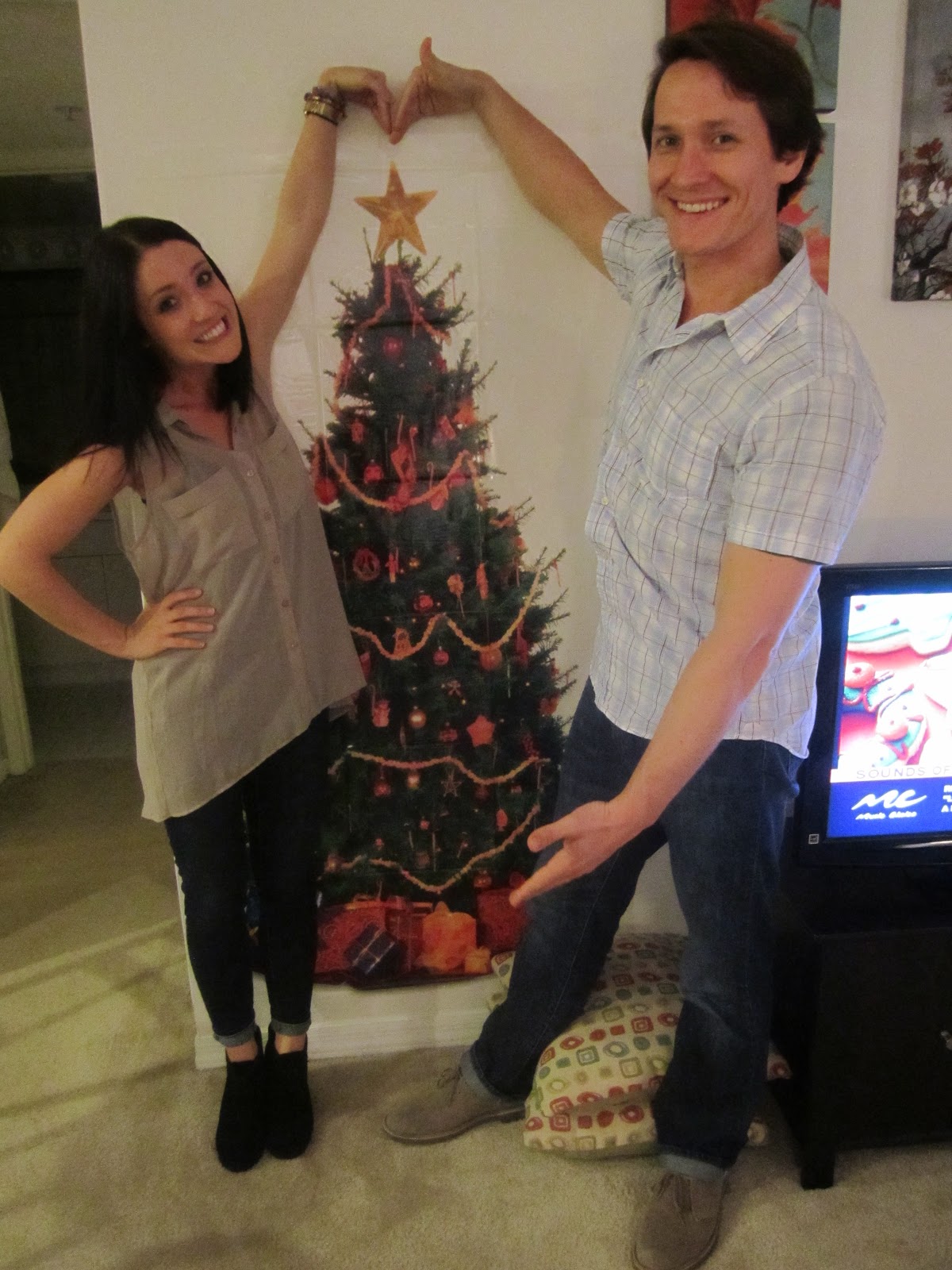 We made gingerbread houses. 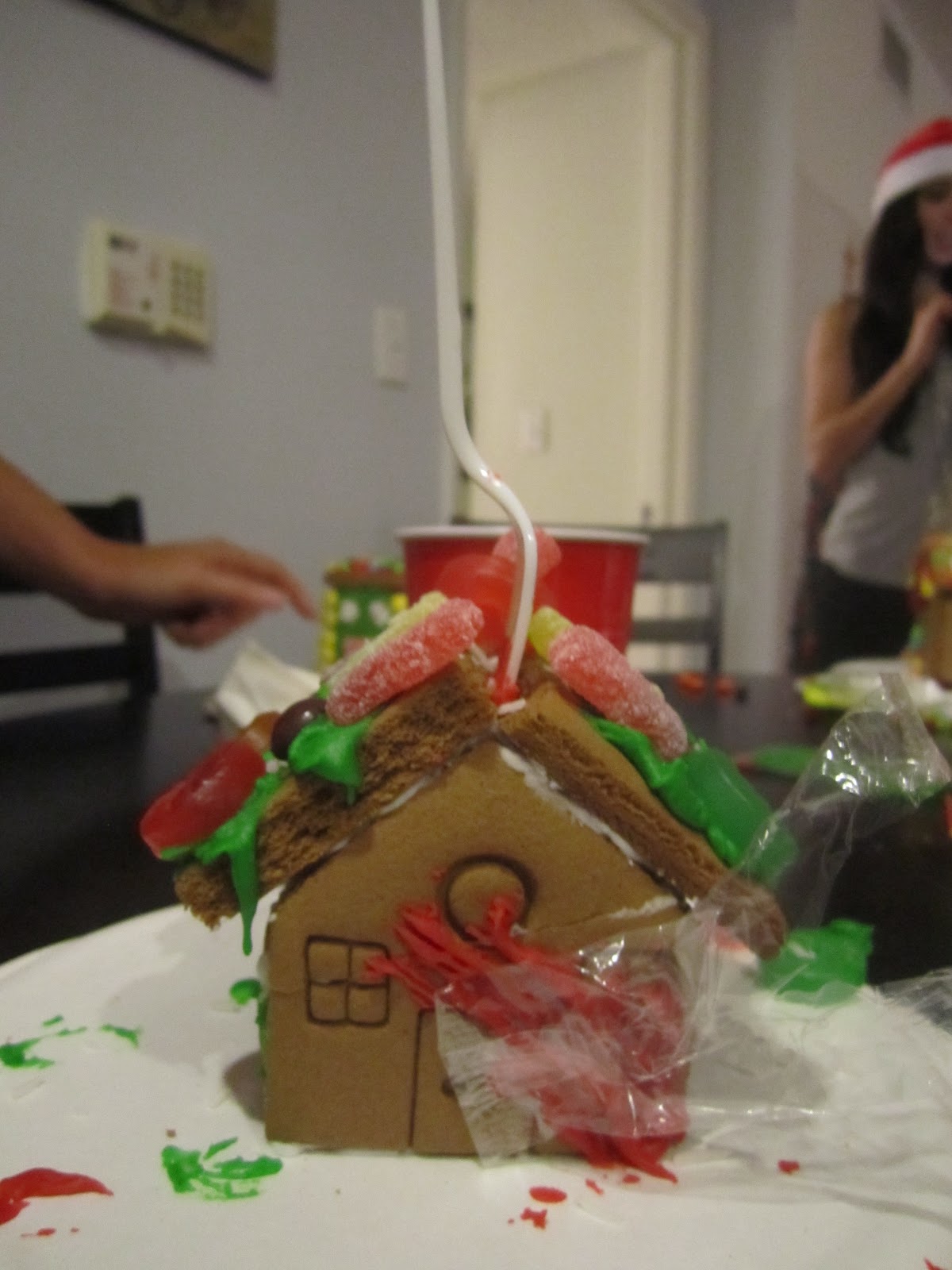 Everyone was hating on ours, but really they just didn't have the creative eye... 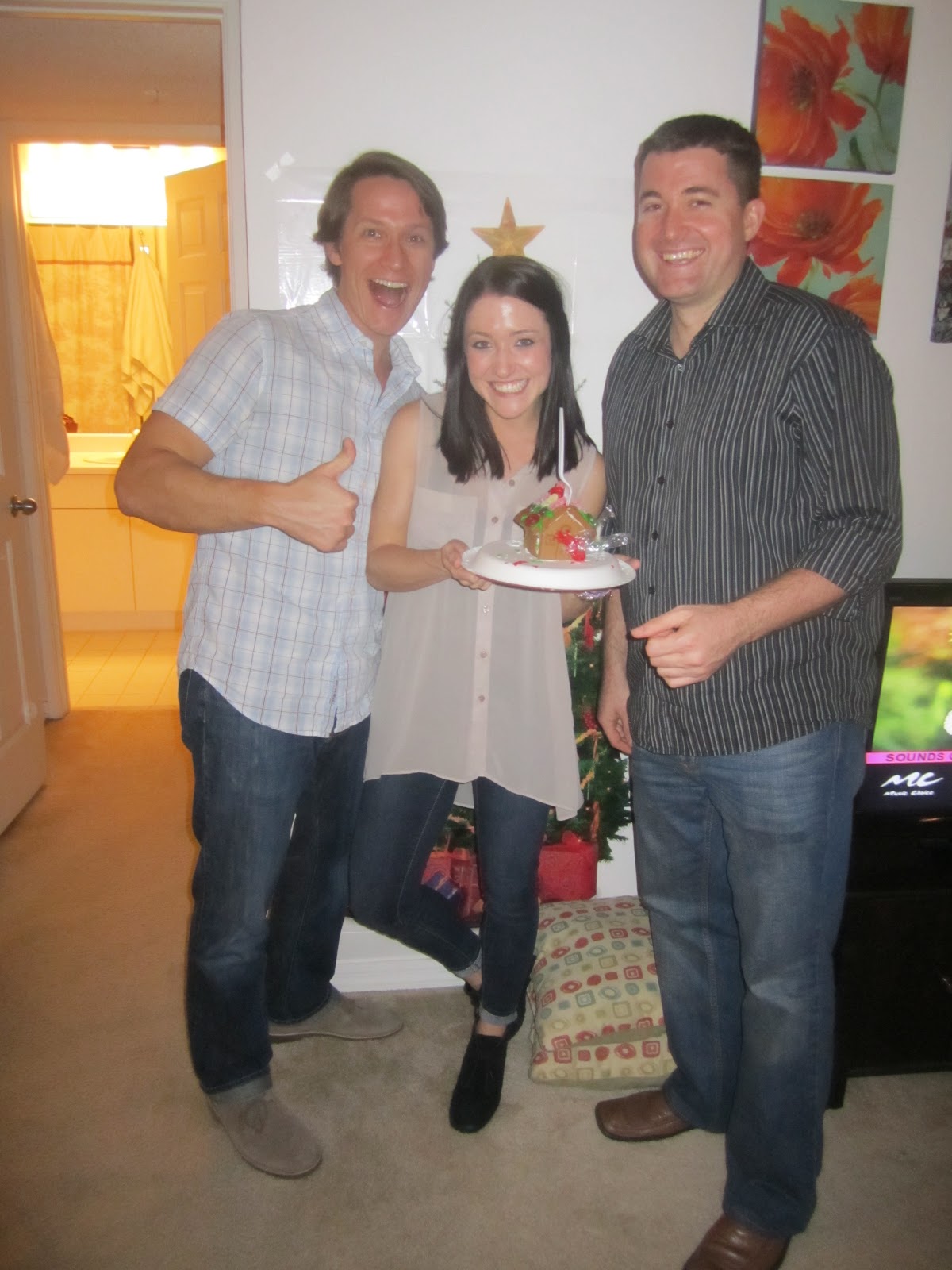 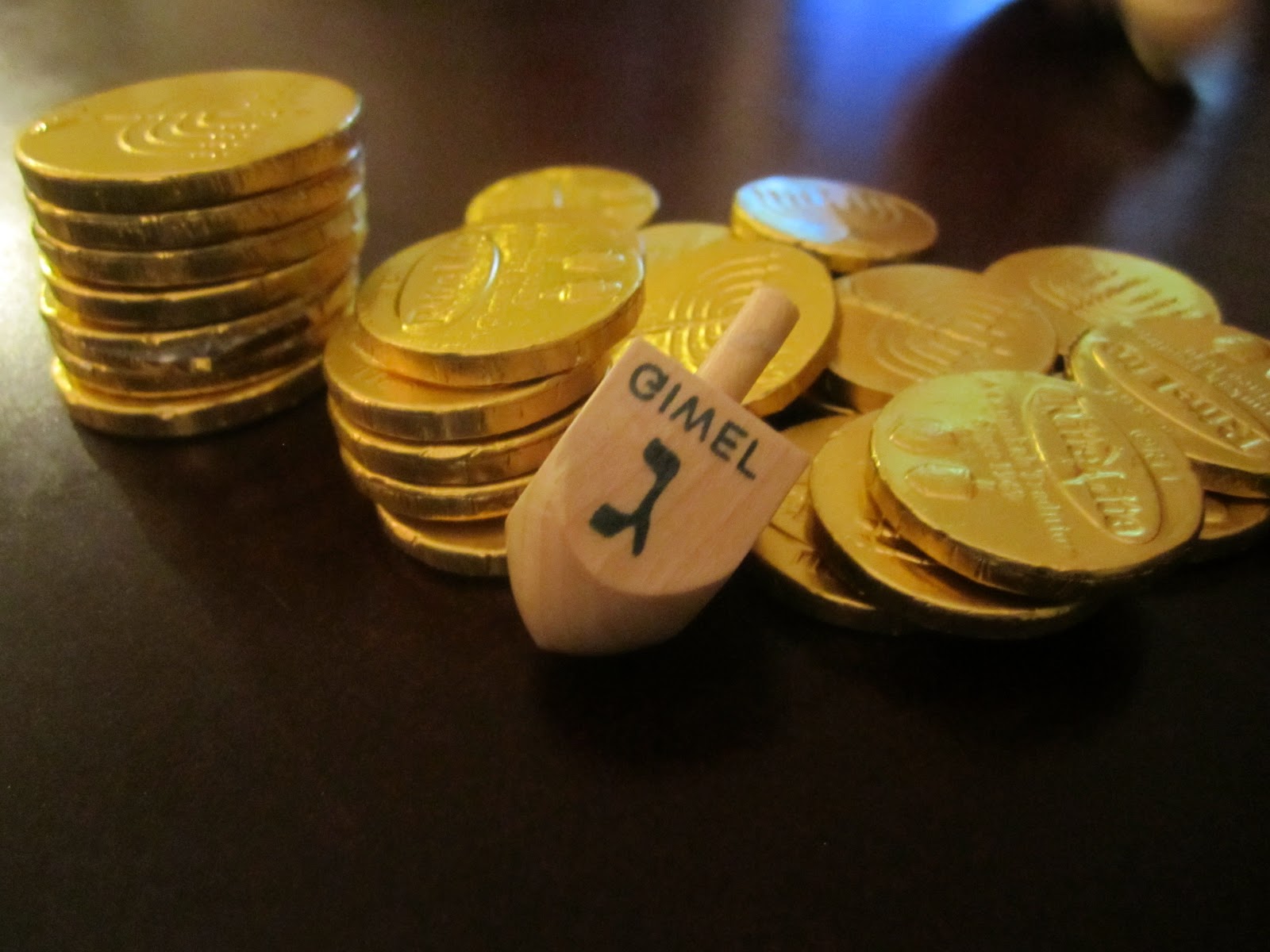 But actually what happened was MY dreidel seriously was magical. EVERY single time it landed on "gimel" which in dreidel terms means I take all the chocolate wrapper coins. Which means I won and dominated. 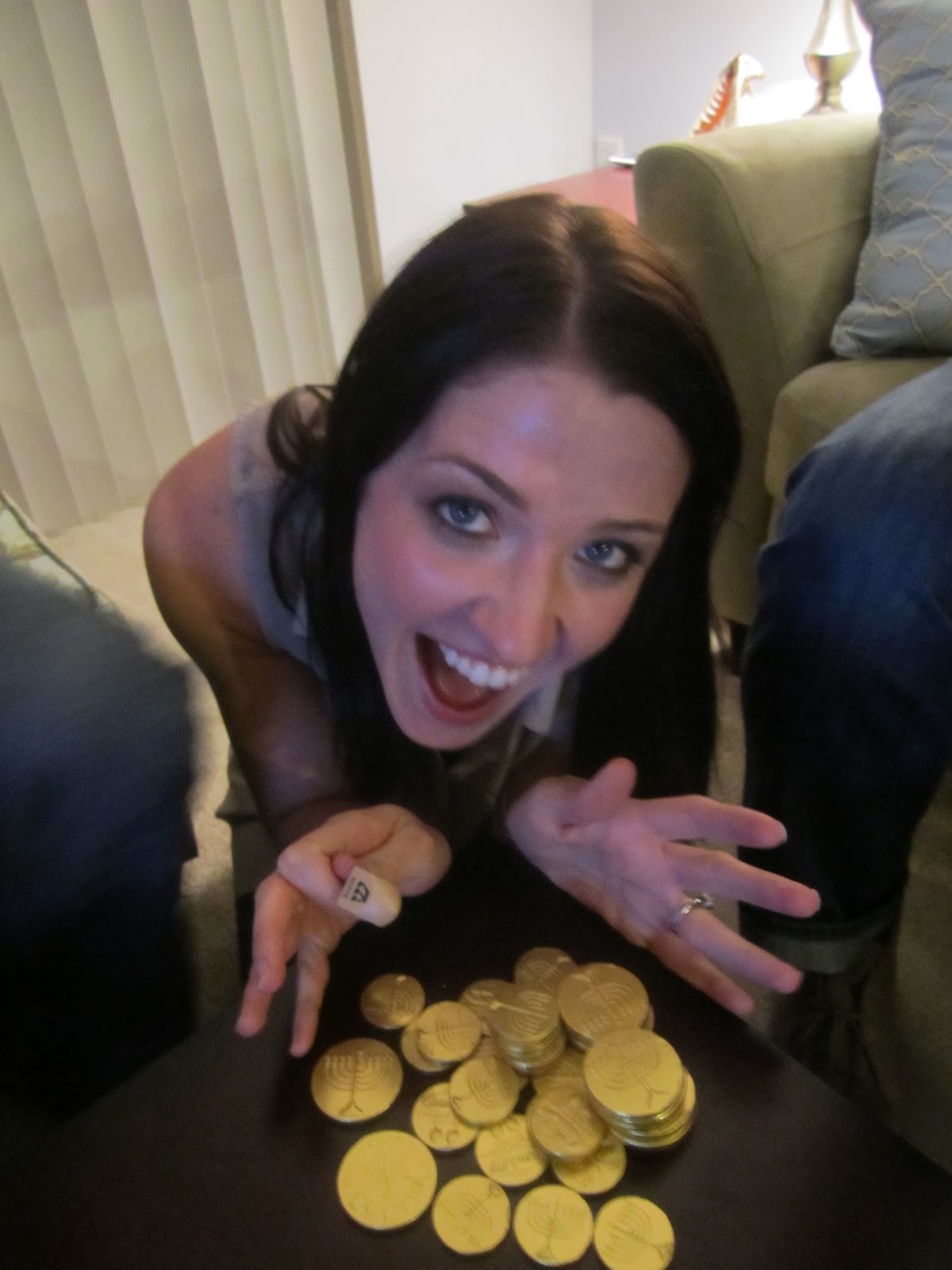 We took it home and kept spinning...and maybe 1 out of 25 spins it doesn't land on "gimel".
It's awesome. I'm going to find a dreidel competition and make some money. 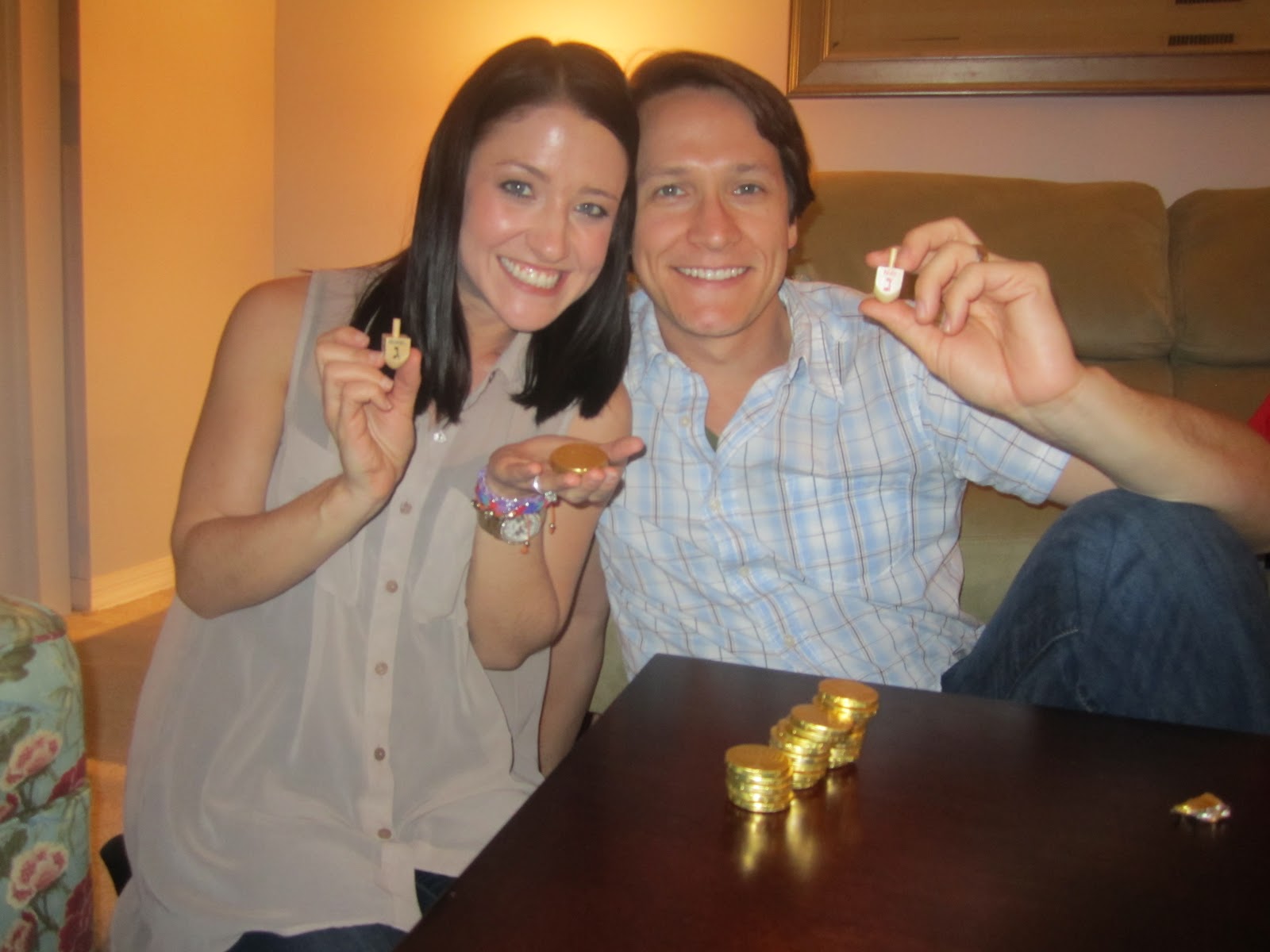 Merry Christmas and Happy Hanukkah!!
Posted by Heidi at 10:09 PM

This sounds like such a fun party idea! I'm glad you had fun. Keep that dreidel for good luck!

just stop it with your sleeveless shirts in the middle of december!